All hell is about to let loose as Kemi Olunloyo might be in serious trouble for publishing such.

The self-acclaimed Investigative journalist and certified pharmacist, who has continued to step on toes since she showed up in the industry, has dug another pit for herself, and this time its a very deep one.

Kemi Olunloyo shared a rather disturbing Tweet yesterday evening and it somehow just came to light. It is shocking how someone, who claims to be a mother will wish someone like like Tacha, old enough to be her own daughter, dead.

Her Tweet reads, “RIP Tacha” with a coffin emoji on the side. 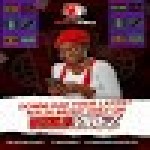